Earfold implant vs. traditional pinnaplasty: 5 reasons why the Earfold is the winner

Home/ENT/Earfold implant vs. traditional pinnaplasty: 5 reasons why the Earfold is the winner

Earfold implant vs. traditional pinnaplasty: 5 reasons why the Earfold is the winner

Like most areas of medical procedure, prominent ear correction is under constant technical evolution – and the latest result of this is the Earfold implant.

Although actually, it’s so minimally invasive, this brilliant new technique isn’t even the next step in ear pinning surgery – it’s as close as you’ll get to pinning ears back without surgery at all.

This probably already sounds pretty tempting – but there are even more benefits to opting for Earfold implant vs. traditional ear correction surgery. Here’s 6 of the biggest…

In traditional pinnaplasty, incisions are made behind the ear, or in the inner ear creases, before removing excess cartilage, folding the ear into the new position, and restitching the incisions. Inevitably, all this needs to take place in a theatre setting.

Instead, in Earfold Implants, one simple clinical procedure places a thin, gold-plated implant underneath the skin at the front of the ear. Shaped in a permanent curve, it bends the cartilage and essentially “springs” the ear back into a more pinned shape. 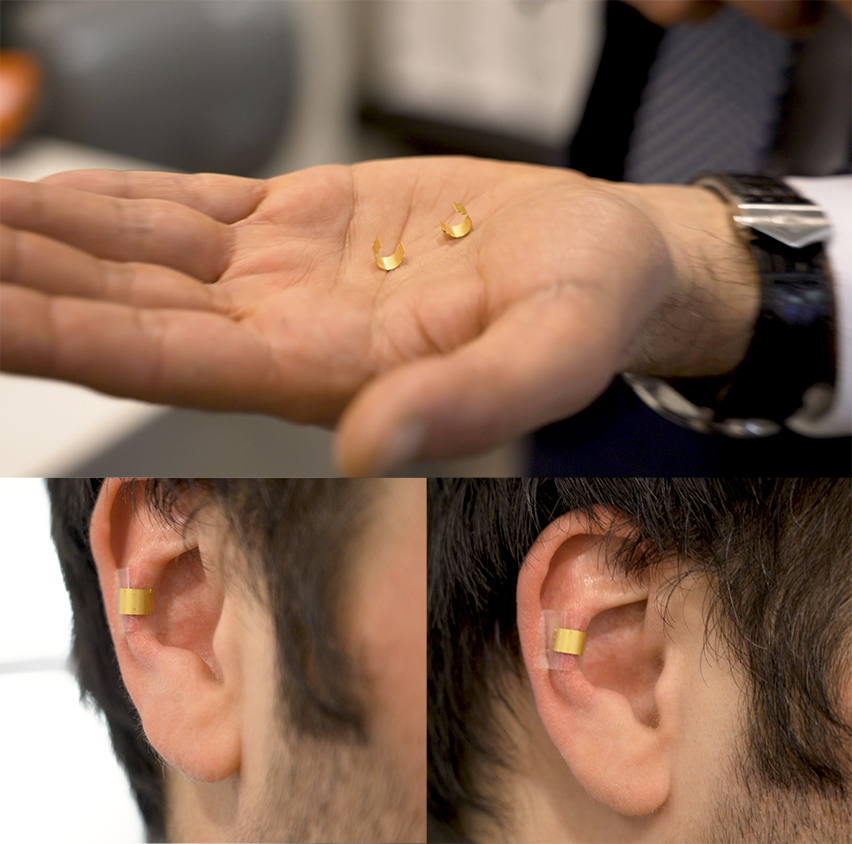 During your initial Earfold consultation, you’ll be offered the use of a Prefold implant – a temporary positioner placed on the outside of your ear that shows you the likely end-result of your treatment. As well as greater foresight, this also gives you a much greater sense of assurance and control, which standard ear pinning surgery can’t.

There’s also the added bonus that if for some reason you aren’t happy with the final result, an implant can be removed – traditional ear pinning surgery is obviously irreversible.

…And so is recovery

An Earfold implant is routinely performed under a local anaesthetic, while most traditional pinnaplasty procedures still require a general anaesthetic. Not only does this mean you’re more alert during the operation – and able to talk to the surgeon and say if you’re unhappy with what’s happening – it also means you’re more alert after it. Generally, you only need 2-3 days off work (some people even return the next day) compared to traditional ear pinning surgery which demands 1-2 weeks recovery time.
There’s also no need for you to wear the heavy head bandage like after ear correction surgeries, though you are advised to wear a sports-type headband at night for the first six weeks and to keep the ears clean and dry for the first week.

Of course, an Earfold implant isn’t always the answer. Each patient is different and depending on why your ears need attention, and their exact positioning, standard ear pinning surgery may sometimes still achieve greater results than the Earfold implant alone.
But for the majority of people, the majority of the time, Earfold implants are the quickest, easiest and best way to correct prominent ears – letting you get straight back on with your new, happier, more confident life.